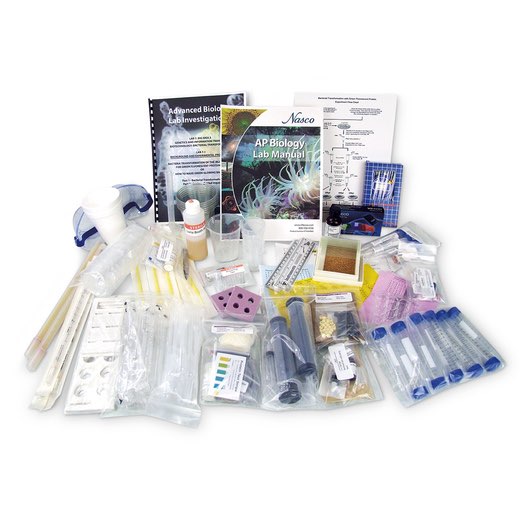 Designed to align with and support the first year college/advanced placement level high school biology curriculum standards and science practices. This student lab station comes in a well-packaged container and is designed for non-conventional lab situations such as online schooling, or any situation that calls for an uncompromised lab experience with or without the supervision of an experienced lab teacher and without the need for a traditional lab facility. Preparation, safety, and cleanup is easy and convenient. There are eight main lab investigations in the kit (two for each AP® Bio Big Idea), with a total of 24 labs, including a student-guided inquiry for each of the eight main lab investigations. Contains everything needed to perform all the experiments, with the exception of some common household items. Some components require refrigerator and freezer storage. For up to four students. Allow extra delivery time.

5. Enzyme Activity Catalase enzyme and breakdown of toxins in the liver, enzyme specificity using lactase, enzyme rates of reaction assay and baseline, effect of pH on enzymatic activity, and student-guided inquiry for other potential environmental effects on enzyme activity.

7. Biotechnology simulation of transforming the human insulin-making gene into a bacterial plasmid, bacterial transformation of the jellyfish gene for green fluorescence into E. coli, transformation efficiency calculations, and student-guided inquiry of the newly transformed bacterial colonies.

8. Environmental impact of eating at lower trophic levels, energy transfer and productivity lab using yeast fermentation of corn sugar into ethanol and carbon dioxide, and student-guided inquiry on variables that could potentially increase the rate of fermentation for biofuel production.

In rural Wisconsin in 1941, Norman Eckley was struggling to prepare his students for future jobs in agriculture. His struggle had nothing to do with his knowledge, experience, or teaching ability. He just couldn’t find the teaching tools he needed to support his lessons — so he decided to create his own.

Norman’s teaching aids brought learning to life in the classroom and offered his students real-world experiences. Working from his garage, he went on to found Nasco Education and share them with teachers everywhere through his mail-order catalogs. Suddenly, those impossible-to-find resources were all in one place at teachers’ fingertips.

This single-minded mission — to empower teachers with hands-on solutions that prepare, engage, and inspire students — is the foundation on which Nasco Education was built.

Empowering teachers
It starts with making your job easier. Our carefully curated supplies, pre-assembled and custom educational kits, comprehensive curriculums, free lesson plans, and webinars are all designed to save you time and help you deliver lessons students will never forget.

Engaging students
Whether you’re looking for supplies to inspire young artists, math manipulatives for each student, or engaging lessons for science, culinary arts, or AFNR — it’s all here. You’ll even find ways to focus on diversity and help students practice social-emotional skills. 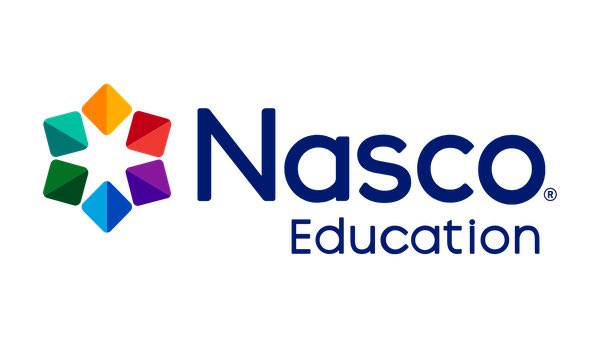 Nasco I Spy, I Move: Self-Management Adventures in Body and Mind Kit for PE & SEL

Acid or Base? Individual Student Kit